To release the excessive gas in our digestive system, we often burp. It is a natural phenomenon and is not associated with any significant health issue.

Two leading causes of gas formation eating or drinking quickly, or the gas released by the bacteria at the time of breaking down the food. Including carbonated drinks also accumulate gas in the stomach, which is released by way of burp. 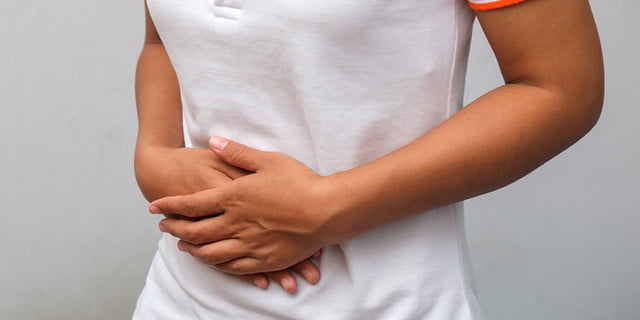 Sulfur burps indicate too much air in the stomach. To treat sulfur burp, it is essential to find out the underlying cause. Although sulfur burps do not cause any harm, if you are experiencing frequent sulfur burps with a foul smell, it indicates an underlying digestive problem.

9 Effective Ways To Get Rid Of Sulfur Burps:

To aid digestion, many people consume green tea. High in antioxidants, green tea helps in getting rid of body toxins. Peppermint tea is an effective solution to reduce burps throughout the day. To aid your digestion, chamomile tea is another considerable remedy. Taking Chamomile tea improves the immune system and reduces the sulfur burps over time.

Ulcer pain, bad breath, heartburn, and burp odor can be treated easily with food-grade baking soda. It is a natural remedy that is helpful for sulfur burps as well. Take a glass of water and add a teaspoon of baking soda. Drinking this will help in balancing the gastric juices and relieve the odor from burps.

Turmeric is used as a remedy for many health issues. It is an Indian spice that is widely used in Ayurvedic medicines. It is also useful in soothing heartburn and reducing gas formation in your stomach. Tumeric supplements are recommended to get rid of flatulence as well as heartburn symptoms. Turmeric extracts help in reducing the sulfur burps causing due to irritable bowel syndrome.

To reduce digestive disorders, Apple cider vinegar is helpful. The bacteria in the gut are restricted by the acetic acid present in Apple Cider vinegar. Drinking a spoonful of Apple Cider Vinegar mixed in a glass of water every day helps correct digestive issues.

From the times of ancient Greeks, Caraway is widely used as healing medicine. Heartburn, flatulence, and indigestion are some other issues that can be cured by using caraway. Take one lire of water and brew some caraway seeds. Drinking it regularly produces good results.

Gas, bloating, and irritable bowel syndrome can be relieved with cumin extracts. Black cumin also acts as an antibiotic to protect the stomach against common digestion infections. It is also used in treating dyspepsia.

To improve digestion, fennel is a well-known primitive treatment. It is recommended to chew a few seeds of fennel after every meal. To reduce the bloating and stomach gas, you can also consume fennel tea. It also acts as a mouth freshener.

The benefits of ginger are widely known. Ginger tea is an effective solution to get rid of cough and cold. Besides this, it also cures the gas in the body. Brew Fresh ginger root in a cup of water to make the ginger tea. It is crucial to know that ginger ale should not be used as it induces gas in our bodies.

Similar to the taste of Black Licorice, Anise is a flowering plant that possess antimicrobial properties to protect your digestive system. You can use its exacts or brew a tea from it to get rid of bloating and sulfur burps.

To deal with the mild bloating and sulfur burps, these remedies can work. But if you are suffering from excessive sulfur burps and looking for quick solutions to relieve, there are certain over-the-counter medications available.

So, here are some anti-gas treatments that can be bought from a local pharmacy:

What Are The Most Common Causes Of Sulphur Burps?

The most common causes of sulfur burps are as follows:

Which Foods To Be Avoided To Prevent Sulfur Burps?

Certain foods are high in sulfur. Preventing these foods in the diet can help in reducing the sulfur burps:

Some vegetables which are high in sulfur are:

What Are The General Precautions One Should Take To to Avoid Sulfur Burps?

Here are some of the general precautions which can help you in reducing the sulfur burps:

Sulfur burps are not a sign of any severe health condition unless other severe conditions do not accompany it. If you are experiencing frequent or prolonged sulfur burps, look out for your diet.

The suggested remedies can help you to get rid of sulfur burps. In case you do not experience any improvement, it is recommended to consult your doctor.

Hello Readers !! Reema and Urman are the founders of Gohealthline.com. They started Gohealthline to provide a platform where they could share informative articles related to health, fitness, beauty, weight loss, etc Reema is a featured author at various authoritative blogs in the health and fitness industry. Connect with both owners to know more.

2 thoughts on “How To Get Rid Of Sulfur Burps: 9 Easy Ways”

JOIN US ON TELEGRAM