”I have heard of oxycodone before, but what is hydrocodone ( Hydrocodone vs Oxycodone ), and what is the difference between them?” This is a question that many people ask. If you are one of these people, this article is for you. This is because this article will discuss oxycodone, hydrocodone, and their differences. 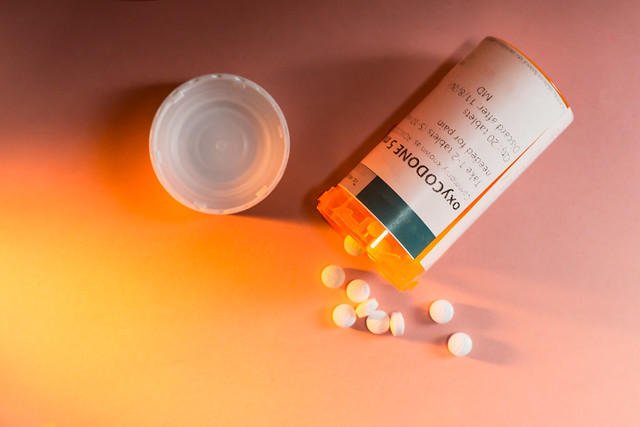 In simple English, oxycodone is a serious painkiller with ’strong narcotic effects.’ Oxycodone is an opioid. It belongs to the narcotics category. It is a prescription drug that is used to alleviate the extreme body pain which many people feel.

However, because it is addictive, many people abuse it. Oxycodone is commonly sold in America under the brand name Oxycontin. Health professionals urge those who take Oxycodone to only take it as prescribed and to only take the amount specified to them daily.

How does Oxycodone work?

Despite the volumes of research available to health professionals regarding Oxycodone, its active ingredients, what it does, how it works, and its side effects, much remains to be discovered about the opioid in terms of research.  The research which is available strongly indicates that Oxycodone works its magic by binding to opioid receptors found in the central nervous system.

When this occurs, the body interprets the pain signals it receives from the central nervous system to the brain differently.  The person feels little or no pain and a great deal of relief as a result. Oxycodone also triggers the release of certain feel-good (natural) chemicals which can produce emotions in the person, which allows him or her to forget the pain that he or she is currently feeling.

It is this trigger that makes Oxycodone so addictive and dangerous. Oxycontin sends signals to the brain from the nervous system to release dopamines into the mind and body. The intent is to dull the chronic and immense pain the person may feel. It also makes the person feel much better, mentally, and emotionally.

Unfortunately, this ‘feel-good feeling can be taken to the extreme when too many dopamines are released into the person’s brain and body. The result is a feeling of euphoria – a chemically created high, which makes the person feel as though he or she is ‘on top of the world.’

This euphoria can permanently change the way the body releases and responds to dopamine. The person becomes addicted to Oxycontin and can’t get enough of it as a result. Oxycontin also suppresses the respiratory system. This may make it harder for the person to breathe.

Also, because the drug mostly acts on the brain stem, it can send signals to make the person’s depth and frequency of breaths low and shallow.

The person is in danger of suffering brain damage or even dying from a lack of oxygen to the brain and other parts of the body!

Side effects of Oxycontin

These side effects include nausea, vomiting, drowsiness, lightheadedness, severe headaches, difficulty breathing, pinpoint pupils, weakness, mood swings, and fainting. Many of these side effects are very dangerous. This is the reason why oxycontin must always be taken as prescribed.

How Quickly Does Oxycontin Work?

The effectiveness of oxycontin largely depends on the dosage and type of oxycontin taken. If you take the extended-release version of the drug, the active ingredients stay in your system longer.

Therefore you feel its effects – both good and bad – more intensively and for more extended periods. Your body chemistry also plays a significant role in determining how fast and effectively oxycontin will work for you in terms of relieving extreme and severe pain.

Oxycontin is often abused and has horrific and sometimes deadly side effects when this is case. How oxycontin is harmed is by chewing, crushing, or inhaling the drug. Oxycontin is supposed to be swallowed whole with a glass of water.

Taking the medication in any other way can produce adverse side effects, a chemical high, and in some instances, death. This is because the drug works much more intensively in the body and works faster. This is not good for the person taking medicine.

It is commonly known as acetaminophen. Hydrocodone can be considered to be a narcotic drug because it alters specific receptors in the brain to change the way it responds to and interprets pain signals. Hydrocodone is believed to have the ability to reduce a fever because one of its active ingredients is acetaminophen, which is an active fever reliever.

But there is not enough clinical or research-based evidence to firmly prove this. Because one of its active ingredients belongs to a narcotics/opioids group, it should not be given to those younger than six years old. People under the age of six who take hydrocodone are at an increased risk for slow/shallow breathing and other serious health issues/conditions.

How Should Hydrocodone Be Taken?

When you obtained your prescription for hydrocodone, you went to your pharmacy. The pharmacist who filled your order gave you a patient information leaflet.

You should read this to understand how exactly you should be taking hydrocodone. You should (if possible) also read a medicine guide that provides detailed information about hydrocodone ( Hydrocodone vs Oxycodone ) as well as directions regarding taking it.

Additionally, always be sure to consult your doctor or pharmacist if you have any questions. Always take hydrocodone orally (by mouth) the way your doctor tells you to.  You may get nausea after taking this medicine. If this is the case, you may want to eat something when you take hydrocodone.

You can also lie down for a couple of hours after taking hydrocodone because this has been known to reduce nausea. Be sure to ask your doctor for safe ways to reduce any nausea you may feel after taking this drug.

If your hydrocodone comes in liquid form, always use the measuring cup which comes with the drug. If you use another spoon or syringe, you may end up taking too little or too much of it, and that would not be good!

Doing otherwise can neutralize the results of the medicine or even kill you.

Hydrocodone vs Oxycodone, What is the Difference?

There is, in reality, very little difference between these drugs. Now both have been classified as schedule II drugs since 2014. Both are powerful painkillers. Both are narcotics and opioids, though hydrocodone also has acetaminophen in it. These painkillers are often combined with others like medicines and drugs.

The result is a powerful cocktail of medication or drugs which are very effective at relieving the pain the person is suffering from.

Interestingly enough, they have similar side effects. These include, but are not limited to:

Oxycodone (Hydrocodone vs Oxycodone) has been reported as mainly causing dizziness, drowsiness, headaches, fatigue, and feelings of being high.

Hydrocodone ( Hydrocodone vs Oxycodone) has been reported as mainly causing constipation and stomach pain, which can lead to nausea.

These are some of the more commonly reported side effects of these medicines.

Some of the more serious side effects of both of these medicines include:

You have probably heard of oxycodone and hydrocodone ( Hydrocodone vs Oxycodone) being mentioned in the media often. This probably made you wonder what these medicines were, how they were similar and different, and what they did.

Now that you more about these medicines understand that these are potent medicines that must be taken only when needed and prescribed. They must also be taken exactly as prescribed, or else the results could be fatal for you! So be wary!

1 thought on “Hydrocodone vs Oxycodone For Pain Relief 2021 [Updated]”