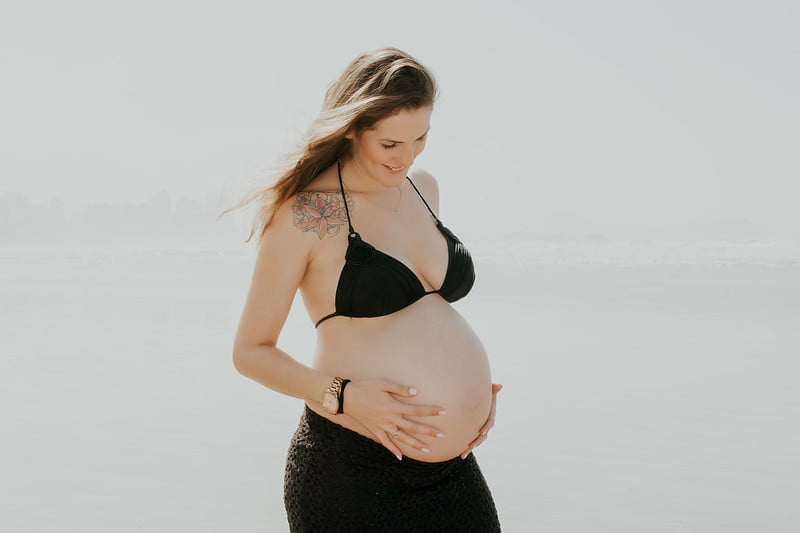 It is obvious to be impatient about the much-awaited news like pregnancy. The new parents often take the help of the home pregnancy test to confirm the pregnancy.

These tests are easy to use and affordable. As available online and in drugstores, the easy accessibility of these tests is one of the reasons why most couples find it worth trying.

But, it is equally essential to have considerable knowledge about these tests. Especially if you are in the early stage of pregnancy, the test could be confusing as well.

The article will help you to understand the implications of little lines or any plus sign indicated on your pregnancy test strip.

What Is A Faint Line?

The darkening of the faint line indicates the progression in your pregnancy.

What Does A Faint Line Usually Look-Alike On A Pregnancy Test?

The faint line entirely depends on your stage of pregnancy. You commonly see a single or double line or a minus or plus symbol on the pregnancy test window. It is important to read the instructions very carefully to understand what it indicates.

A barely visible line is generally a case of very early pregnancy. It appears like a smudge of chalk. Lines resembling the marks of sharpie appear in the progressive stage of pregnancy. In the absence of positive results or signs, you need to be pregnant. The lack of enough hCG could also lead to adverse pregnancy test results.

Is a Very Faint Line On Pregnancy Test Positive?

What Does a Very Faint Line Indicate On a Pregnancy Test?

A very faint line is an indication of implantation and early stages of pregnancy. However, it is essential to undertake the pregnancy test again to ensure that the weak line becomes darker and thicker to indicate the progressive phase of pregnancy.

There is a possibility that you observe your periods after a few days of appearing a faint line in your pregnancy test.

Does it Matter How Dark The Line is on a Pregnancy Test?

The faint line on a pregnancy test is an indication of a positive pregnancy. Even if the line is lighter than the control line, it still indicates the signs of pregnancy. Similarly, the dark line also conveys that pregnancy is positive.

There is no potential danger associated with the lightness or darkness of the line to the pregnancy.

Do Pregnancy Lines Get Darker As HCG Increases?

HCG refers to the placenta-produced hormones after implantation. The HCG levels generally increase highly during pregnancy, but it does not imply that the faint pregnancy line must be darker with each passing day.

The pregnancy test includes the detection of HCG to confirm the pregnancy.

Even a barely visible pregnancy test implies the presence of hCG, which produces as a result of implantation. But there are also the chances of earl pregnancy loss or false results for actual pregnancy. However, most of the pregnancy test results are accurate by 99%.

But there are specific human errors that are also associated with this test.

Some of the instances where you can see a faint line barely visible in your pregnancy test:

2 – Menopause: Women missing their period in menopause or premenopause all indicate positive pregnancy tests due to hormonal changes in birth control.

3 – Conducting the test very early: Too early pregnancy test leads to negative due to the inability to detect hCG hormones. The little concentration of these hormones leads to unfavorable test results.

4 – Using fertility and other medications: The presence of hCG in various fertility drugs leads to false-positive test results.

Does a Faint Positive Pregnancy Test Confirm That You Are Pregnant?

Most of the faint pregnancy lines indicate that you are pregnant. But it can be a chemical pregnancy as well. It is advised to check after a few days if the faint line has become darker.

If yes, it indicates the progression in your pregnancy.

How Soon Does The Pregnancy Test Read Positive?

The first day of your missed period indicated 15 days since you conceive. Hence, your test results shall be positive if you are pregnant. As early as eight days of conception, a pregnancy test can also reveal positive pregnancy results.

Should You Undertake a Pregnancy Test After Positive?

How Many Calories TDEE Can Help You Burn?

How Much Turmeric Per Day For Weight Loss?

Andy Ruiz weight Loss (2022) Diet, Workout, Before And After

How to Get Rid of a Headache Without Medicine? 11 Natural Remedies

How to Control Pain in Ribs During Pregnancy Second Trimester?

Ketogenic Diet While Pregnant Is It Safe Or Not [2022]